NO unauthorized Drones during fair week.

PDCA endorses this Show Ring Code of Ethics for all dairy breed shows and pledges its full cooperative support for its enforcement to show management, show judges, and the national breed associations.

The application of this Code of Ethics provides for absolute responsibility for an animal’s condition by an owner, exhibitor, fitter or participant whether or not he or she was actually instrumental in or had actual knowledge of the treatment of the animal in contravention of this Code of Ethics. Dairy cattle exhibitors shall at all times deport themselves with honesty and good sportsmanship.

It is recognized that there are certain practices in the proper care and management of dairy cattle that are necessary in the course of moving dairy cattle to and between shows that are advisable to keep them in a sound, healthy state so they might be presented in the show ring in a natural, normal condition. At all times, exhibition livestock shall be treated in a humane manner and in accordance with dairy quality assurance practices so as to protect the health, safety and welfare of the livestock and the consuming public. No person shall present for exhibition or exhibit an animal which he or she knows, or has reason to suspect, is affected with or has been exposed to a dangerously contagious or infectious disease, disease, or illegal or non-approved use of drugs, medication and/or prohibited substance, or residue.

The position of the Purebred Dairy Cattle Association is that all animals presented for exhibition shall be in their natural conformation and structure, free of any alteration or modification by injection or internal or external administration of any substance or by any involvement in unethical fitting.

Dairy cattle exhibitions are conducted under standards for evaluating conformation established by the PDCA Unified Score Card (1994), with specific breed characteristics taken into consideration by the show judge. In this connection, animals will be groomed and prepared for the judge’s evaluation in order to display the animal’s natural contour, conformation, performance and mobility. Specifically:

1. External applications of cosmetics that affect only appearance may be used, including by way of example hoof polishes and false switches.

2. The maximum allowable length of naturally growing hair anywhere on the topline is not to exceed 1”. Exhibitors will be required to comply with this rule before the animal is allowed to enter the ring.

3. Addition of foreign objects, including but not limited to hair or hair substitutes, cloth or fiber, to change the natural contour or appearance of the animal’s body is prohibited.

4. Externally sealing the teat end with a preparation that does not harm the animal’s skin is permissible. Natural teat placement will be given preference over artificially positioned teats.

Violations: False, Deceptive or Unacceptable Practices
These practices are violations of the Code of Ethics and will be

reported to show management and may be reported to the respective national breed associations:

1. Misrepresenting the age and/or milking status of the animal for the class in which it is shown.

2. Treating the animal, particularly the udder, internally or externally:

a. with an irritant or counter-irritant,

b. using a device to artificially create or enhance the udder crease,

c. using other substances as detected by testing that causes changes in the udder to artificially improve the conformation.

3. Surgical or unethical insertion of any matter under the skin or into body cavities, performed to change the natural contour or appearance of the animal’s body (e.g., administration of fluid via a stomach tube or other similar apparatus to fill the rumen), though not to preclude practices required or involved in normal management.

4. Criticizing or interfering with the judge, show management or other exhibitors while in the show ring or other conduct detrimental to the breed or the show.

5. Challenging, threatening or interfering with an ethics committee appointed by show management to monitor the animals on exhibit on the show grounds.

The act of entering an animal in a livestock show is the giving of consent by the owner, exhibitor, fitter and/or absolutely responsible person (hereinafter referred to as “Exhibitor”) for show management to obtain any specimens of urine, saliva, blood, milk, or other substances from the animal to be used in testing. Materials may also be collected by ultrasound and photographic methods and by direct examination of animal.

The act of entering an animal is the giving of consent by the owner, exhibitor, fitter and/or absolutely responsible person (the “Exhibitor”) to have disciplinary action for violation of this Show Ring Code of Ethics taken by show management, the state in which the show occurs, and/or the national dairy breed association without recourse.

Each show should have an Ethics Committee. The make-up of this committee should include official breed representatives, representative(s) of show management (e.g., dairy cattle show superintendent, General Manager), the official show veterinarian, and Extension representative.

Violations: Reporting and Investigation
Complaints of alleged violations can be reported to the breed superintendent, the show superintendent, show management, and/ or the Ethics Committee.

Before An Animal is Shown

Show management will discuss the violation with the Exhibitor:

1. If, at the Exhibitor’s discretion, the animal in question is not shown, no violation will have occurred.

During and After An Animal is Shown

All animals are subject to examination during judging. The judge and Ethics Committee are instructed to examine the top five (5) animals in each class closely for violations of the Show Ring Code of Ethics. When a violation may have occurred, a milkout may be called for. This call may be by breed association rule, or by request of an authorized representative of the national breed association, the judge, the Ethics Committee, or show management.

If an animal is exhibited and a violation of the Show Ring Code of Ethics is subsequently suspected, investigated, and determined to have occurred, the violation will be reported to the Ethics Committee and show management for action. The Exhibitor will be notified of the violation and the supporting evidence and invited to defend or explain the allegations.

Violations are subject to the disciplinary provisions of show management, the state in which the show occurs, and the national dairy breed association. Sanctions may include any one, or combination of the following:

· forfeiture or return of awards, prizes, premiums or proceeds;

· written letter of reprimand to the owner, exhibitor, fitter and/or absolutely responsible person (the “Exhibitor”);

A. It is recommended that exhibitor and breeder be defined as follows: “Where a herd is registered in the names of different members of a family residing on one farm and where the herd is one unit, all entries may be considered as a single exhibitor for Premier Exhibitor, Premier Breeder, Dairy Herd, Junior Best Three Females, Breeder’s Get of Sire, State Herd and Best Three Female Classes.”

B. For an exhibitor to be eligible to show an animal, the title of ownership of the exhibitor shall show on the registration certificate, and in the respective breed’s permanent herd book or registry at the time of the exhibition. The registration papers should be checked for this purpose. It is not considered necessary to have a requirement which states that an animal must be owned for a given number of days in advance of the show.

C. Substitutions within and outside of a class shall be permitted.
D. Animals owned in partnership or by syndicate may be shown in the name of the partnership or syndicate only; except that at time of entry a determination shall be made that such animals will be shown in the name of one partner or syndicate member and the animals must be shown the same way in the group classes, including State Herd, as they are in the open individual classes.
E. In states where the state breed association is carrying out a Parrish, District or Canton Show Program, it is recommended that the following class be added:
1. District Herd. Group to consist of eight animals including two

females two years old or over, three females under two years of age, and three other females any age or one bull and two females. The cattle must be owned by not less than three exhibitors with no exhibitor furnishing more than three head.

2. It is recommended that the state be divided into zones based upon distance from the state fair and that the money allocated to each district herd shown be on the basis of distance.

F. It is recommended that 50% additional premium be paid to the milking classes to those cows with official milk records 30% above breed average. Records to be sent in with entry and all such cows be recognized individually in the show ring prior to hearing the judge’s reasons.

G. In shows that do not have four milking cow classes, it is recommended that the three year old and four year old cow classes be combined to read, “Cow, three years old and under five years old.”

H. If insufficient numbers of animals are entered in the Junior and Senior Two Year Old Cow classes, they should be combined into one Two Year Old class.

animal shown with blemishes.
J. The fees and expenses offered to judges by show management should

be commensurate with the size of the show and the amount of the premiums; and such fees should be agreed upon in writing prior to the show, at the time the invitation is extended to the judge. 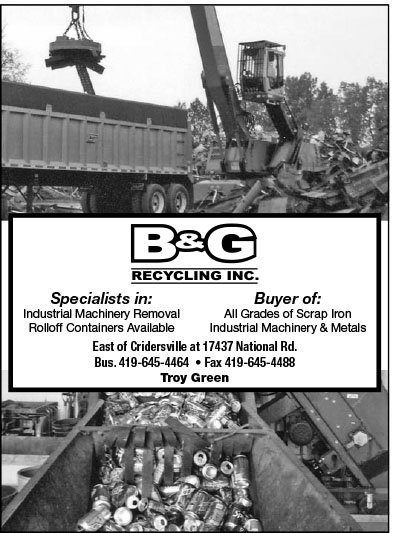 NO unauthorized Drones during fair week.